Let’s talk about Bahamas. Not the escape to a warm tropical island, but rather the serene musical creations of Afie Jurvanen. If you don’t know who I’m talking about, do your ears a favour and look him up immediately. A fellow Torontonian, Afie has been creating sweet, sweet masterpieces under the pseudonym Bahamas since the 2000s, and released his first official album, Pink Strat, in 2008. I discovered him after the release of his second album, Barchords, in which my heart was instantaneously stolen. 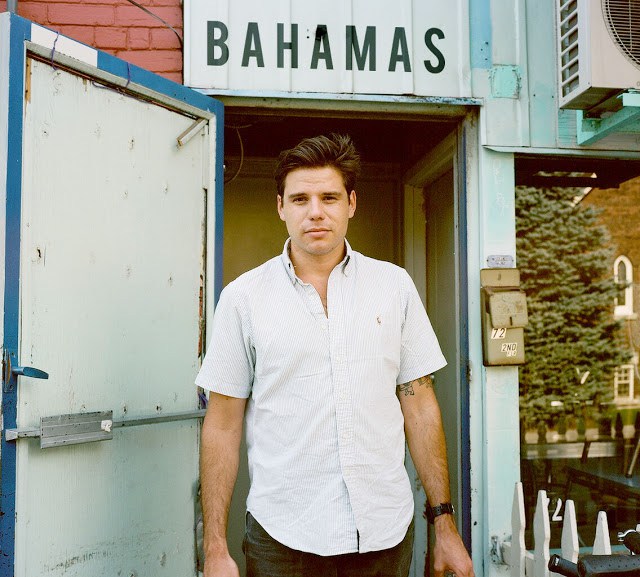 Listening to his music is the equivalent to floating in a cool river face up while the sun beams down and warms your skin. He makes you feel every emotion known to humankind and is ideal for when you’re feeling sad, and want to wallow even farther. Above all, he and his band are stupidly talented. Up until last week, when I got the chance to see him for the second time, I hadn’t realized how much I had relied on his music for different milestones and phases of my life.

The first time I ever saw Bahamas live was at Massey Hall (one of my all-time favourite venues, please hurry up with the renovations) in November 2015. Little did I know that this would become one of the most memorable live shows of my life. Very unlike me, I waited three years to see him again and I had extremely high expectations for the show this month at The Danforth Music Hall. He has released two more albums since then, and a lot has changed in my life over that course of time. This show was different in so many ways, but what really struck me was the fact that songs I hadn’t listened to in awhile, or never got to see him play at the first show, bombarded me with a tidal wave of emotions.

He opened with the song “Lost in the light,” arguably his most well-known song, a crowd favourite as well as mine. That song, and the entire Barchords album, was a beacon of hope for me throughout my first ever breakup from a real relationship in 2013. I was devastated, and I listened to the album on repeat, letting it amplify and release my emotions. Hearing it live on Saturday brought me a sense of nostalgia, and warmth in regards to where my love life is now. Then, I was taken for another turn when he later played his song “Already Yours” off of his first album. Up until that moment, I had forgotten that I had showed that song to the first love of my adolescent life. He had strung me along for summers, and I used it to tell him that I had been his from the beginning (but obviously that didn’t last very long).

Live music, the overwhelming depth of the sound and the way it plows right through your chest, acts like Pandora’s box when it comes to memories. The most obvious juxtaposition was the fact that the first time I saw Bahamas, I had attended the concert with one of my dearest and oldest friends, and now, at this point in time, we no longer talk. This was by far one of the hardest things to come to terms with at the concert this week, because I knew I would be overwhelmed by feelings of sadness. And yet, I was elated and overjoyed.

The comparison of these two experiences was strong for me, not only because of the differences in my life, but in the actual consumption of the concert. I had, what I think is, one of the most unique and special opportunities at the first concert in 2015. My friend and I were exploding with excitement to see him perform, and as we were watching, we noticed that the entire audience had given their undivided attention to Afie. When I pulled out my phone to snap a picture, we realized not a single person in the crowd had their phones out. In fact, the audience was pitch dark. There not a single blue screen, Snapchat story, or Instagram posting in sight. At this point, we didn’t know if we were just in a crowd of very mature gen x’s, or if something was actually going on. How messed up is that? The idea of people not using their smartphones during a concert prompted us to think that something was wrong.

It was an oasis. The whole time I was watching the show IN REAL TIME, and not through someone else’s camera lens, or 15 seconds later while watching the video I literally just took. It turns out that management had actually asked the entire audience to refrain from using any technology during the show because they were filming it for a live series. I knew then that I would never experience a concert quite like that again. Fast forward to the Danforth concert, I had my phone out by the second song, trying to avoid other people’s cameras from getting in the way of my shot, focusing on captioning my picture rather than raising my head and watching the damn show unfold before me.

I am so, sooo guilty of this (partly because now I need footage for this blog lol), and I hate me at concerts. So, I try to limit myself to a couple of clear pictures, and a 20 second video of one of my favourite songs. I know I probably won’t watch that video after next week, and I’ll never look at those photos again unless I print them out. So what’s the point? Why take away from everyone else’s experience with my glaring phone screen?

I’m still trying to work on this, and I am a very firm believer in experiencing things as they happen, and living in the moment. I truly feel like concerts evoke such an extraordinary experience, and it bonds people to that place in time. Concerts consistently make me appreciate and love the artist’s music more (partially because I always see good bands…), and allow me to relive this euphoric feeling over and over again. I am so grateful for the experiences I had at both performances, and shout out to Bahamas for being such an unbelievably great band.